How to pursue an academic career

VAT is not included in price

How to pursue an academic career

Are you confused about your academic career? There is a solution.

During this training session, we want to give you pragmatic advice on how to become a professor in science.

Learn the open secrets of academia that nobody tells you!

During this training we will share the answers to these and many other questions that young scientists face as they make their first few career decisions.

After an interactive session with Prof. Sven Hendrix, young professors in the field of life sciences will share their experiences in their journey to become a professor.

PhD students, postdocs and staff scientists - especially in the life sciences and similar domains such as biology, biomedical sciences and medicine - who want to get the best advice on how to become a professor and how to pursue a scientific career with success. 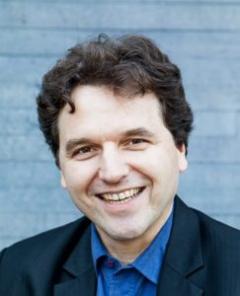 Prof. Sven Hendrix is a Full Professor for Neuroanatomy and the Director of the Doctoral School for Medicine & Life Sciences at Hasselt University in Belgium. In partnership with other colleagues and universities in Belgium, he also organises university and national events to support young scientists in their careers.

In his current role, he has found a good career and life balance. However, like many scientists his career has been an emotional roller-coaster, jumping between many different jobs and countries. He discovered his passion for science studying medicine in Berlin (Germany). He did a lot of research there and was also very mobile. He studied in Parma (Italy) with ERASMUS and did research stays in Hamamatsu (Japan), Harvard (USA) as well and London (UK). He moved back to Berlin and worked for six years in an anatomy department. Then, after two tedious years of applying for a limited number of professor positions in Germany, he started looking internationally. He managed to secure three interesting offers, from Imperial College (UK), University of Southern Denmark (Denmark) and Hasselt University (Belgium). After negotiating for several weeks and weighing up the different options, he moved to Belgium in 2008 and has never had minute of regret!

Navigating his science career has been a long and challenging journey so he is excited to help make it easier for young scientists. Through this course he will share his experience, as well as bringing you the best advice from other star and role model scientists.

Introduction: What are my chances to become a professor?

How to convince a selection committee?

The best strategy to get funding for my profile

The best publication strategy for my profile

Three types of professors - Which type am I?

International mobility - Do I really have to work abroad?

Intersectoral mobility - Should I have industry experience, and can I easily come back?

Define your niche - communicate your USP

Park Inn hotel has no own parking. It is possible to park underground in P1-Parking Station Leuven, Martelarenlaan 4, 3010 Leuven.